At the prestigious International iGaming Idol Awards, in one of the most hotly contested categories, the night revealed to the audience that the Judges had voted our user experiential design and intuitive immersive game journey into first place.

Michael Pedersen, CEO of iGaming Idol announced there were a record number of 430 industry executives and guests in attendance, and a record financial contribution to charity from the attendees, including to the President of Malta Community Chest Fund, and for the treatment of Alzheimer’s through dance. The black tie gala happening was at the Hilton Hotel overlooking the stunning Portomaso Marina in Malta.

It was a thrilling night to be Winners amongst industry peers from Videoslots, Netent, Betconstruct, MGA, Microgaming, and Evolution Gaming, and other industry influencers including Netrefer, catenamedia and CalvinAyre (my apologies to anyone not mentioned!).

In the Excellence in Design and User Experience category there were four industry professionals selected from the long- and short-lists, during a day spent interviewing the shortlisted from a wide field of industry entrants under the watchful eyes of BDO auditor officials. The finalists were from: Videoslots – Laura Zarb Cousin; from catenamedia – Erica Spiteri; from Vegaskings – Ricardo Avila; and from Parallel66 // Join Games – Martin McDonald. The number of category finalists was increased by a tie-result that added to the excitement for everyone in the Parallel66 team, because other Awards categories had only three finalists; you can figure out the reducing odds!

The Award envelope was delivered by BDO Malta sealed with its secret result inside, the video for category sponsor Microgaming was played, the Awards Joint-Host Becky Liggero (with Michael Caselli) opened it and announced… “And the winner is… Martin McDonald !” And the crowd went wild – thank you everyone! :-).

Our unique Mobile VR experience won out for its ground-breaking strides in the creation of the world class as-real environment Mobile Virtual Reality iGame that is “Kleopatra VR”.

It is a very welcome initiative for iGaming industry Awards to ensure total fairness in the results. The directors decided that the live shortlisted judging process is overseen entirely by independent auditors from BDO, one of Malta’s premier advisory firms. As a result even the organisers did not know until the envelopes were opened who had won.

Kleopatra VR is a world first product on many levels. The design of the game front end customer journey and functionality is being led by Martin McDonald, Chief Exploration Officer.

The product revealed to great acclaim earlier in the year on the Parallel66 & Join Games Kleopatra VR-themed stand at ICE 2017 has been greatly enhanced including 5 ground-breaking new transactional protocols to remove all barriers to Operators wishing to deliver VR iGames to their customers and to their customers wishing to play.

Later in 2017 the final product will be launched for online Operators to deliver to players eager to engage in genuine next generation immersive iGaming in Virtual Reality. This product is only the first step in the creation of new entertainment eco-systems driven by VR, acting as the catalyst for all new virtual technology with commercial relevance, including Blockchain, Virtual Currencies and Biometric KYC.

The Kleopatra VR iGame journey features that clearly impressed the judges include: the hands free and cable free design of playing the VR experience; the ‘Think. Look. Action.” that allows Players to navigate the game just by thinking about what they want to do and using their eyes to command it so; the fun lateral and vertical movement of Players around the game environment while not needing to physically move from the spot; the realism and attention to detail of the entire environment; the discovery of a live animated character built from a scanned real actress to greet you and speak to you as your guide in your journey through Egypt while you are playing “Inside the Game” with the beautiful Queen Kleopatra herself; totally intuitive 3 dimensional gliding menus; and multi-room multi-dimensional playing environments that are stunningly crafted to make your experience feel as-real and designed to totally transport you into another dimension of play realism.

To experience first hand our Virtual Reality iGaming business model, product and platform revolution on Mobile Smartphone delivery, and to arrange your demonstration and onboarding timing slot for Kleopatra VR, please reach out to us right now. We will be delighted to make it so for your brands and customers: martin@parallel66.com

Virtual Reality Will Change Every Brand Marketers View of Consumer Connectivity, Social Media and Retail Selling – and Every Consumer’s View of Brands 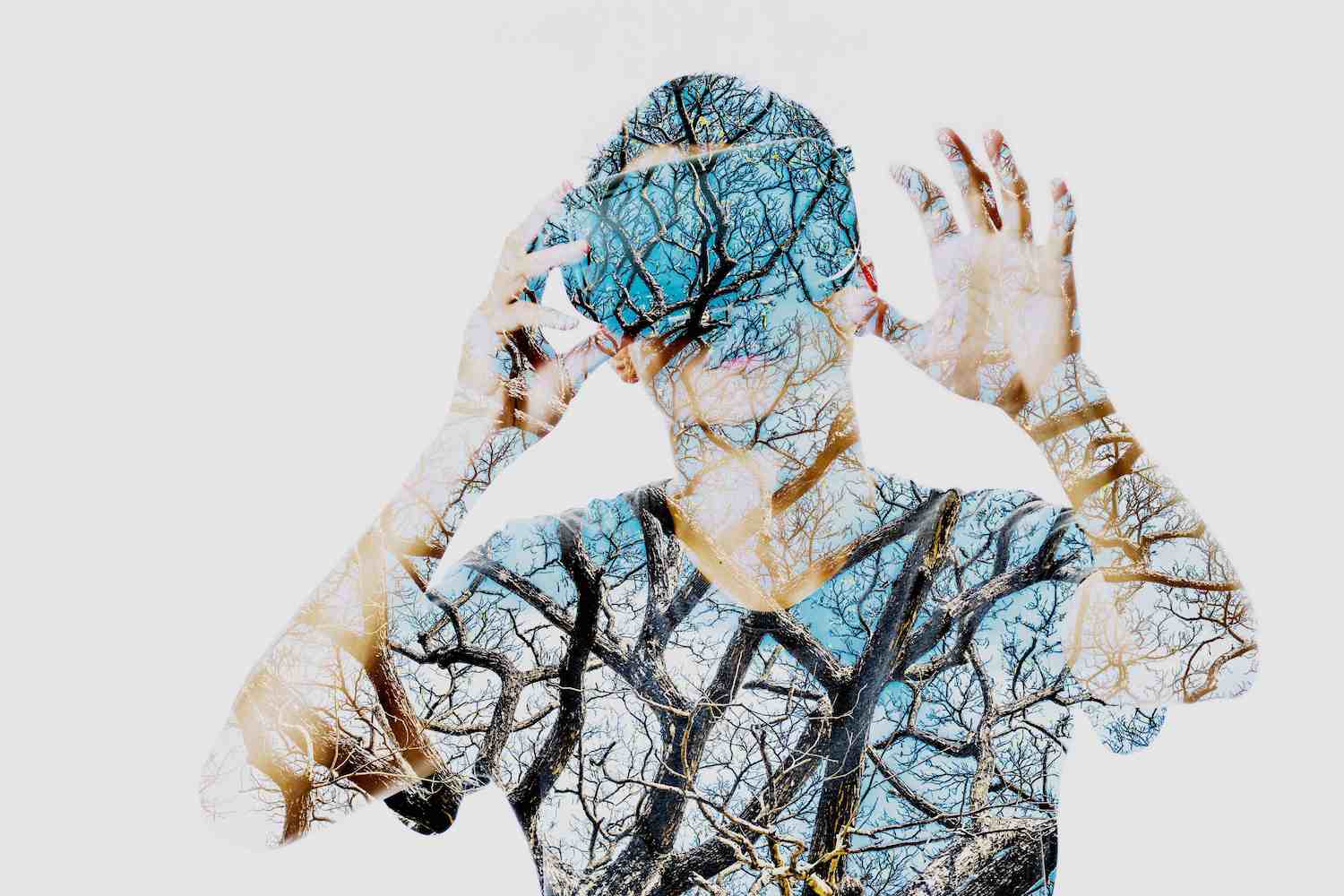 Oculus Connect 2 (OC2) kicks off at the Loewe’s Hotel in San Francisco this week with digital, media and brand glitterati in attendance at this potentially historic event for the digital, marketing and communications industries. One day in the future OC2 may well be reflected upon as the digital equivalent to the first Olympics for the worlds most accomplished developers in the newly revitalised digital arena of Virtual Reality.

“As users become ever more comfortable with their VR journeys these times ‘away’ will increase. The key for brands is to be thinking early about how to be part of these journeys, how to add value to human lives by creating unique environments rich in satisfaction for the user and that never, ever, feel like something shoehorned in from another media.”

Just as with their counterpart competitors at the physical Olympics, the cerebral athletes of VR are coming from all over the globe with countries including England, USA, Japan, Brazil, France, Sweden, Germany, Israel, Canada, Dubai, Australia, New Zealand and many others being represented by their best Virtual Reality sprinters and distance runners.

These futurists are gathering to showcase their work and discuss more than just a glimpse of the future of personal immersive experiences, immersive entertainment and gaming applications for Virtual Reality. Thanks in no small part to hardware OEMs (new and established) getting their VR hardware offerings together, the 30-plus years of yearning and dreaming about Virtual Reality is at an end.

VR’s time has come. And so has your ability to be anywhere. With anyone you want.

END_OF_DOCUMENT_TOKEN_TO_BE_REPLACED

As a fan of building beautiful brands that customers love it is disheartening to read and see so much in the media about how Volkswagen can seemingly go from being the automotive, marketing, design, engineering, lifestyle, advertising and creative industries commentators’ darling, to the blackest of arch villains at the strokes of a few thousand media and social media keys.

Well now, why not just hold up on those diesel horses a minute. Stand back you Folks with Ropes and let’s understand the who why what where when how of this situation before you slip the noose over the iconic auto maker’s business and all that entails for the thousands of innocent people Volkswagen employs directly and indirectly around the globe. Because we can be sure that they knew nothing about little black boxes of tricky-slicky software.

As any professional PR and brand director will know, handled correctly even the most serious business crisis is, after all, a difficult but very real opportunity to implement good crisis management strategies to get closer to your customers, brand fans and stakeholders – and for everyone to come out stronger together on the other side of “the moment”. And that is a feeling worth striving for.

END_OF_DOCUMENT_TOKEN_TO_BE_REPLACED

The Internet of Boats

How do you make the geeky discussions surrounding the Internet of Things more interesting? One way I can recommend is to take a look at one of the classiest applications of the connected world of devices – and you’ll find it within the design DNA of the soon-to-be-launched Aston Martin Powerboat…

The Aston Martin “AM37” (the number denotes 37 foot of high performance twin engined wow factor, on steroids) enters a fierce luxury marine manufacturing sector, going into battle with the established likes of Riva of Italy and Pascoe International of England (founded by Mark Pascoe – a brilliant Powerboat designer and world champion racer with balls of steel who is undoubtedly one of the most alive and kicking men to ever ride the ocean waves).

What may help to instantly set the AM37 apart is its designed-in connectivity, a micro version of what is about to explode into your home, your car, your smartphone and your life. Early indicators from Quintessence Yachts (the Aston Martin AM37 builders) are that you will be able to control, remotely from your smartphone, your boat’s crucial comforts such as the AM37’s air conditioning system and even, wait for it, its Nespresso coffee machine, so you will be ultra cool immediately you step aboard in your white linen suit or dress, and be George Clooney super sharp of mind when you gently caress the gorgeous leather helm and cast off. How wonderful. Monaco, here come the über cool AM37 next generation.

If you think this trending technology doesn’t affect you, or your business, then think again.